City planners have given the go ahead for the redesign and refurbishment a number of Worcester’s Victorian railway arches – an important step forward for the vision to create a new cultural quarter in the City.

Worcester City Council has approved a planning application, which will see up to five railway arches, between Foregate Street and The Hive, converted into studios and offices for local artists and creative businesses.

The initial phase of works will see the brick work in the arch spaces being carefully cleaned by a local stonemason. Whilst this work is being undertaken tenders for the refurbishment works will be issued, with works scheduled to start late summer 2020. It is anticipated works will be complete in early 2021.

This is one element of a wider masterplan for the area, which when completed will see a new foot and cycle path created which links Foregate Station to the River Severn, following the line of arches.

The £4.5m project, which also includes four festivals this year and support for new start up creative businesses, known as The Arches – Worcester, is being carried out through a partnership between the University of Worcester, Worcester City Council, Severn Arts, The Arch Company and Worcestershire County Council.

Earlier this year the Department for Digital, Culture, Media and Sport awarded £3m from the Cultural Development Fund, which is administered by Arts Council England, to the project.

Along with studios and office space, one of the Arches will be turned into a ‘performance’ Arch where a variety of musicians, actors and artists could stage informal performances and exhibitions.

David Broster, the University’s Head of the School of Arts, said: “We are delighted that the scheme has been given the go ahead by City planners and we can now start working towards making this all come together and creating something really special for the City and our arts community.”

Peter Knott, Area Director for Arts Council England, said: “This is an exciting and transformative time for Worcester, and we’re pleased to see The Arches project get underway with support from the Cultural Development fund.

“Worcester’s Victorian railway arches are an iconic part of the city and we look forward to seeing them become a creative hub with new spaces and opportunities to benefit local people, creatives, students and businesses.”

As part of The Arches-Worcester, four brand new festivals are being held, the first of which – Worcester Light Night – took place in January. The second Festival – Atmosphere – will take place in April, following by a festival in July and another in October. Further details can be found at www.thearchesworcesterfestivals.co.uk 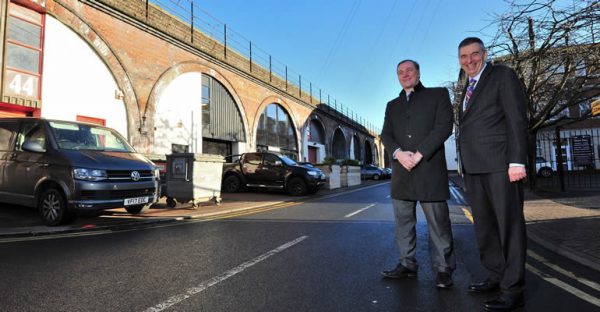